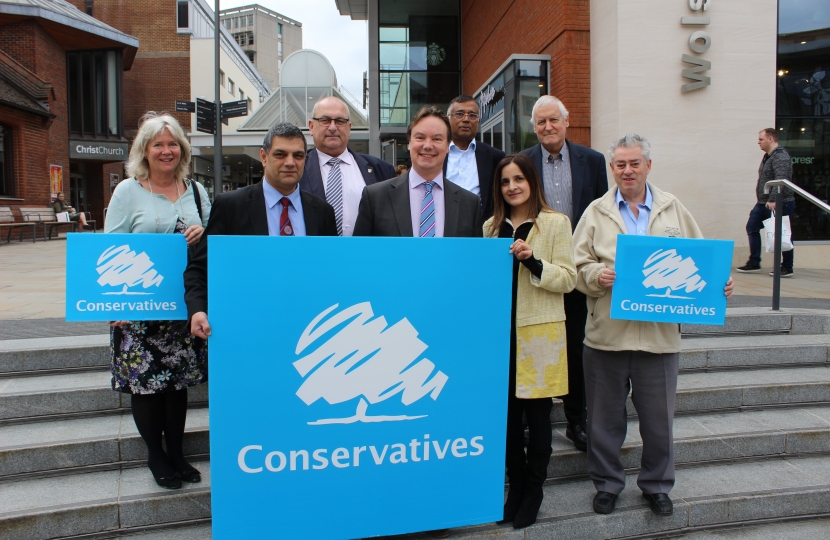 Woking Conservatives were delighted to hold all six of the seats that turned blue in 2013 during the local elections on 4 May.

In Knaphill and Goldsworth West, Saj Hussain held his seat with an increased majority, as did Liz Bowes in Woking South East. Ayesha Azad increased the Conservative majority in Woking South West as she takes over from Linda Kemeny, who stepped down after six years. Keith Witham in Worplesdon also increased his majority with residents in Pirbright and Normandy.

In Woking North, Ben Carasco pulled away from Labour in a seat that they were targeting and next door in Goldsworth East and Horsell Village, Colin Kemp held off a strong Lib Dem challenge to retain that seat.

Richard Wilson will continue in The Byfleets after holding that seat from Independents in second place. The Lib Dems consolidated their hold on Woking South but failed to make inroads elsewhere.

Woking Conservatives extends its congratulations to all successful candidates and pledges to deliver on the promises it made to fight for Woking at County Hall.