We are the Association of the Conservative Party in Woking and have been running Woking Council for 10 years - read more here.

Together with our hard-working Conservative MP, Jonathan Lord, we are helping residents create better communities and a better town. 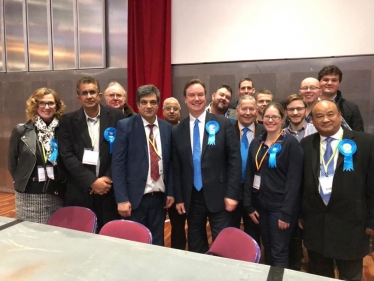 In an election in which Boris Johnson's Conservatives secured an overall majority in Parliament, Jonathan Lord was re-elected as MP for Woking.  The full results were as follows:

Jonathan said of his re-election:

An update from Jonathan Lord about the RMT Strike

Following the local elections on Thursday 2 May, the Conservatives remain the

This map shows the extent of the geographical area that we represent on behalf of the Conservative Party.