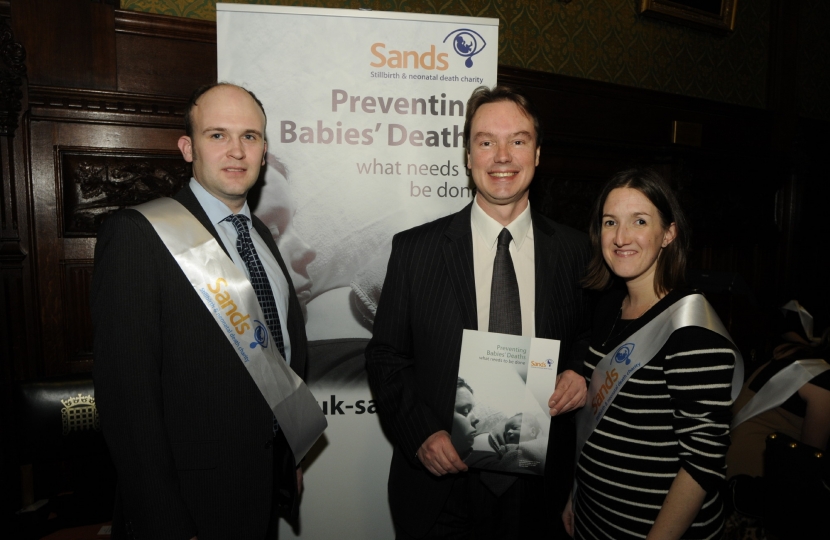 Woking MP Jonathan Lord has attended a parliamentary reception in the House of Commons organised by Sands, the stillbirth and neonatal death charity, for the launch of their new report.

Around 6,500 babies are stillborn or die shortly after birth every year in the UK. The charity’s report proposes that 1,200 babies’ lives could be saved every year through a combination of more research, better care and greater awareness of the risks of stillbirth and newborn baby death.

The report highlights that advances in neonatal medicine have led to small but welcome reductions in the number of newborn babies dying. However, the UK has one of the highest stillbirth rates when compared to similar high income countries.

Jonathan, pictured at the event with local constituents and campaigners Hannah and Darren Garner, pledged his support for the Sands campaign. He said: “It is shocking to discover the scale of baby deaths in the UK. 17 babies are stillborn or die shortly after birth every day, with stillbirth being the largest contributor to child deaths under the age of five years.

"These deaths have a devastating impact on parents and their families, and I fully support Sands in their call for urgent action to prevent baby deaths in the future.”