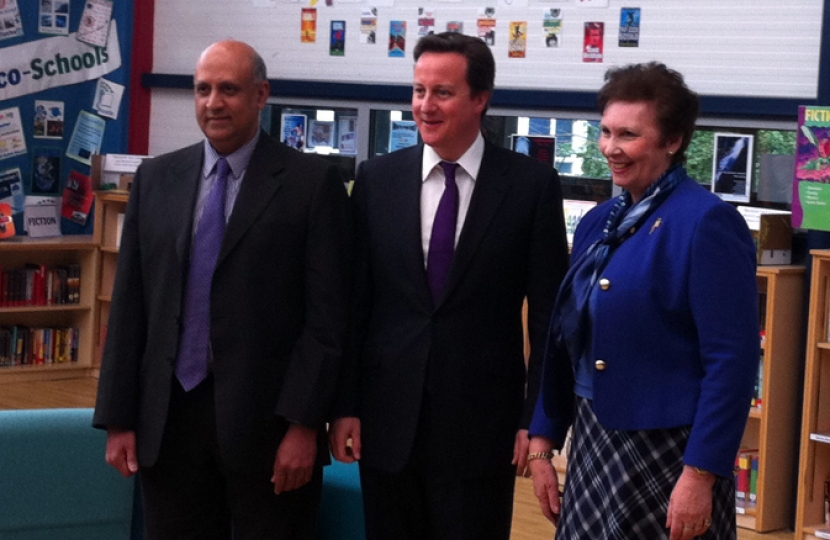 Prime Minister David Cameron visited Woking on Thursday (April 14) to praise the work of Woking Conservatives on Woking Borough Council ahead of local elections on May 5.

Mr Cameron addressed a gathering of around 200 people at Bishop David Brown School in Sheerwater, where he began by highlighting Woking Borough Council’s “record of innovation”. “It is great to come and say that in front of you and in front of your excellent new Member of Parliament, Jonathan Lord,” he added.

In a wide-ranging speech laced with humour but also touching on many aspects of serious policy, the Prime Minister talked about the spending cuts made necessary by Labour’s massive deficit and acknowledged that many people were finding things tough.

“Yes, it will be difficult,” he said. “But it will mean a stronger economy and jobs for our people at the end of it.” He also promised a “fair and responsible” approach to deficit reduction.

The Prime Minister also said that the south east was an “economic powerhouse of Europe” of which everyone could be proud and that the government would not ignore it during times of stringency.

“I say no part of our country should be neglected,” he told the audience. “That is why Conservatives are rolling up our sleeves and making sure the south east builds on its success."

He finished by branding Woking Borough Council “excellent” “If you want fantastic value for money from your council, if you want councillors who get things done, vote Conservative on May 5.”