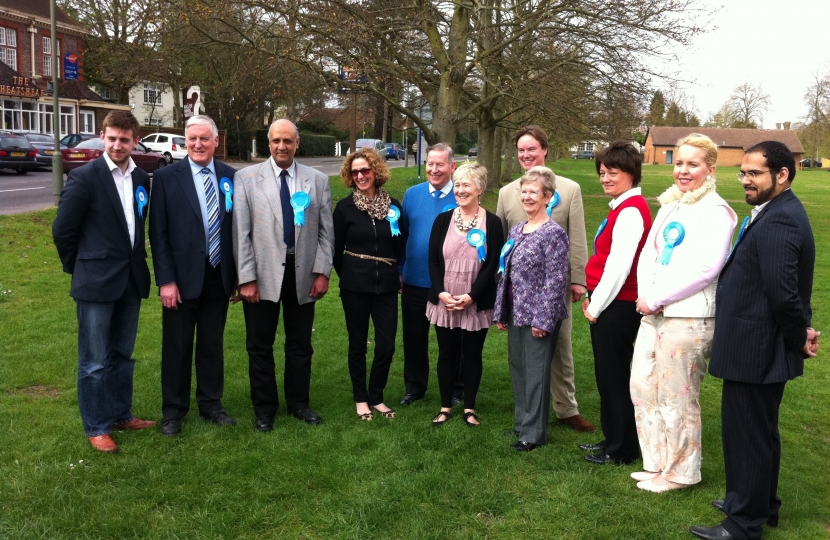 Woking Borough Council has swung decisively to the Conservative Party after an election full of dramatic results and clear messages from voters.

The party gained seats in Pyrford and Byfleet and scored a historic win in Goldsworth East, where Hilary Addison topped the ballot after fighting the seat for many years. Her victory sees a Conservative councillor on Goldsworth Park for the first time in a generation.

Maybury and Sheerwater remained Conservative after a close ballot in favour of Mazaffar Ali but expected close races in Horsell West and Knaphill turned out to be clear wins for Conservative incumbents Beryl Hunwicks and Melanie Whitehand. There were also majorities of 1,000 in St Johns and Hook Heath for Graham Cundy, West Byfleet for Richard Wilson and Horsell East for Anne Murray.

In Byfleet, Esther Watson-Green re-took the Byfleet seat that had been won by the Liberal Democrats in 2010 and is a councillor once again. Graham Chrystie won back the seat in Pyrford from retiring Independent Peter Ankers.