Steve is one of our Borough Councillors in Pyrford, winning his seat in 2021. Steve has lived in and around the area all his life, going to school at Fullbrook School, having his first job in Brittens Music Store in West Byfleet and knows the area extremely well. He is passionate about protecting the character of the village, which includes the Green Belt of which Pyrford is rightly proud. He is an advocate of maintaining and protecting our roads and footpaths, ensuring safety for residents. He is keen on working collaboratively with County Councillor Liz Bowes on improving footpaths around the Maybury estate, a cause for concern for several residents. He sees Anti-Social behaviour as a blight and intends to work closely with the Conservative PCC in removing this scourge from our village, and removing those who come from outside the area to cause trouble, particularly around the West Byfleet end of the ward. For any local issues, Steve is always willing to have a conversation with residents and has a friendly and personal demeanour.

Steve is also our Constituency Agent, having taken on the role at the start of 2021. His job is to make sure all the i's are dotted and the ts are crossed regarding the political business of the association. He's there to get our candidates elected, to make sure all the paperwork is submitted correctly and to make sure our messaging is getting out through our literature and social media. He also works in a professional capacity with our MP. You'll often find Steve running the Zoom meetings if you have attended any of our events or selections. He is based in the office 2 days a week and can be reached for office issues on the agent email below.

Prior to becoming our Agent, Steve was our Deputy Chairman Political serving in the role since March of 2019, after serving as our Election Strategy Officer. Prior to getting involved in politics has spent most of his career as an actor and musician, performing in shows in London, national tours of the UK and in international European Tours. His "claim to fame" is that he appeared on a singing reality game show back in 2014 and ended up winning the series! He still performs with his band "In Deep" around the South East. He also now runs a private tuition business teaching students Mathematics from Key Stage 2 to GCSE level. He has many students in the Woking Area. He entered the political arena in 2016 and has slowly climbed the ladder, running for borough council in St. John's Ward in 2018. He is also a Vice Chair of Governors at a Woking Primary School and his passions include Distance Walking, Power Lifting, Classic Amusement Parks and Travel.

We are very proud to announce our Shadow Executive for the year 2022/2023. This is an incredibly strong team that will absolutely hold the Woking Lib Dem administration to account. They have promised a lot, in their literature and online. 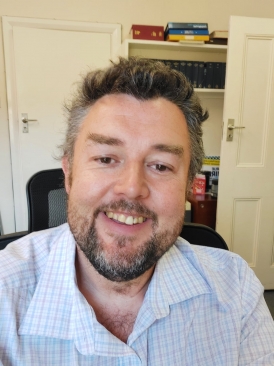