Josh is deeply passionate about protecting the green belt and safeguarding the local infrastructure in Byfleet and West Byfleet, which is reflected in his voting record at Council. He is dedicated to ensuring that our roads and pavements are of high standards and clear of potholes, working with Surrey County Council to do so. Additionally, a focus of his is to curb crime and anti-social behaviour and is working closely with key stakeholders, alongside the Surrey Police and Crime Commissioner, Lisa Townsend.

Josh represents Byfleet and West Byfleet on a range of different Council committees, including the Planning Committee, the Licensing Committee and the Woking Joint Committee. He is also on various working groups, such as the Climate Change Working Group and the Victoria Square Oversight Panel and continues to ensure that the Council delivers for its residents.

Josh was appointed to observe Woking Community Transport and the Woking Youth Council. He thoroughly enjoys assisting these two fantastic organisations believing it is a great privilege to help and support them in their two very different, but very important aims to benefit thousands of Woking residents.

Outside of his Council work, Josh’s fulltime job is at South Western Railway, within their Employee Relations team. This often requires working closely the Trade Unions to achieve business objectives and most importantly, to ensure that customers can depart on time!

Josh stays in touch with residents through a regular community newsletter – which any resident can join at www.joshbrown.uk 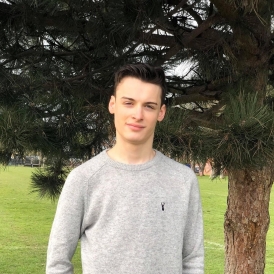