I joined the Woking Constituency Conservative Association in 2014, at the time to be part of our campaigning team for the 2015 General Election where our team helped secure the Eastleigh seat against strong LibDem opposition and continued to be part of the subsequent General Election campaign teams in 2017 and 2019 also supporting local government campaigns across the Constituency.

Shortly after joining the Woking Association I joined the committee of Knaphill Branch taking on the multiple roles of Treasurer, Secretary and Membership where we have been very successful in fundraising events such as our much loved Curry Night.

In 2018, I was co-opted on to the Association Officers Committee as Membership Officer and along with the added roll of Data Protection Officer I continue to look after Membership today, making sure that we maximise membership renewals and welcome new members. I am also a Blue Ribbon Patron.

Outside of politics I have long been retired from the Corporate world where my last job was a Director of the UK & Ireland Division of the global contract caterer, Compass Group. I am a keen golfer, a loyal fan of Harlequins Rugby (a challenging role in life at times!) and have a great love of opera which inspired me to become a student once more working towards a BA in Opera Studies. And believe it or not, I am now an Officer on my College’s Student Union Executive which just makes me feel rather old amongst twenty-year old students in theatre and performance! 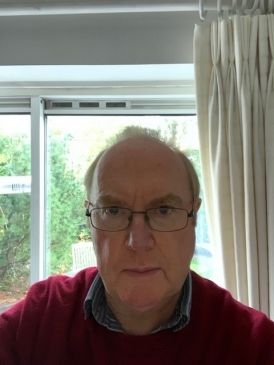