No ID, no vote for electors in Woking 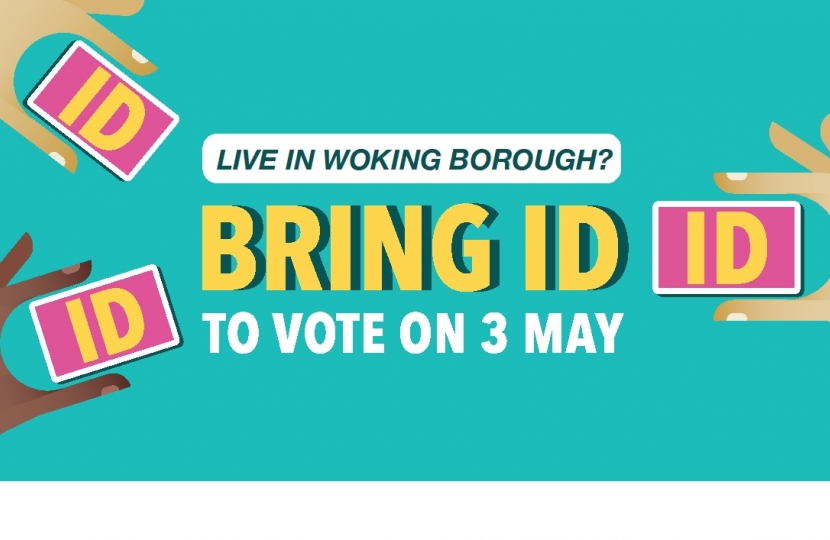 Voters across Woking Borough will need to show photographic identification before they can vote in person, at the polling station, at the local election on Thursday (3 May 2018).

Voters who do not produce valid identification will not be allowed to vote.

Woking, along with four other local authorities in England, is participating in the Cabinet Office’s trial, aimed at tackling electoral fraud.

The trial comes after reports of alleged electoral fraud through voter impersonation more than doubled between 2014 and 2016, according to figures from the Electoral Commission. Many countries around the world have already made it a requirement to prove identity at a polling station, including Northern Ireland.

During the local election on Thursday, voters must bring one of the following forms of photographic ID to their polling station.

Voters who don’t have any of the accepted photographic ID must apply free of charge for a Local Elector Card, which is available to acquire up until 5pm, Wednesday 2 May 2018. Postal votes are not affected by the trial.

Residents are encouraged to talk to their friends, relatives and neighbours, to ensure that everyone is well-informed of the trial. Only voters in Bromley, Gosport, Swindon, Watford and Woking will be affected.

For more information about this important trial, to apply for a Local Elector Card or to view the list of accepted forms of photographic ID please visit www.woking.gov.uk/VoterID