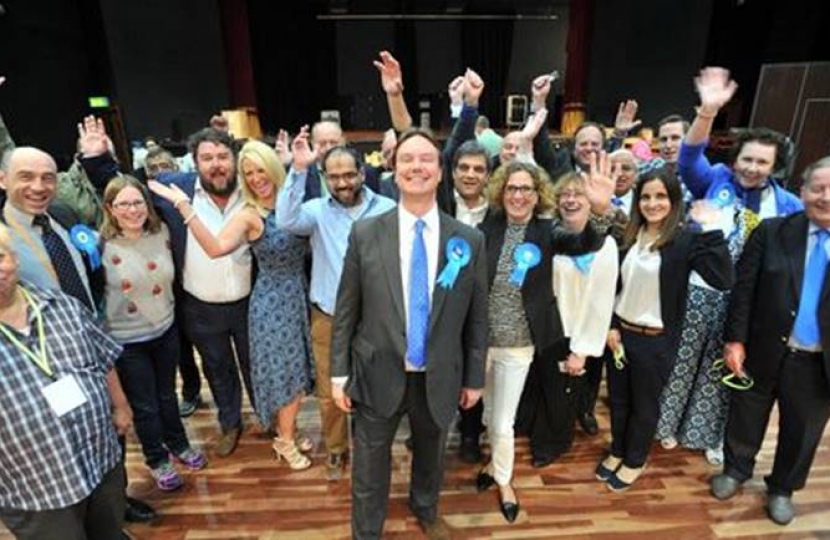 Woking Conservatives is delighted that Jonathan Lord, MP for Woking for the past seven years, was re-elected on June 8 with a majority of just under 17,000 and 54% of the vote. This represents an increase of more than 10,000 votes and an extra four percent since he was first elected in 2010.

Jonathan said: "I would like to thank everyone who supported me in this election but regardless of which way you voted, I promise to work my hardest to represent you and to get everyone in Woking the results we deserve."