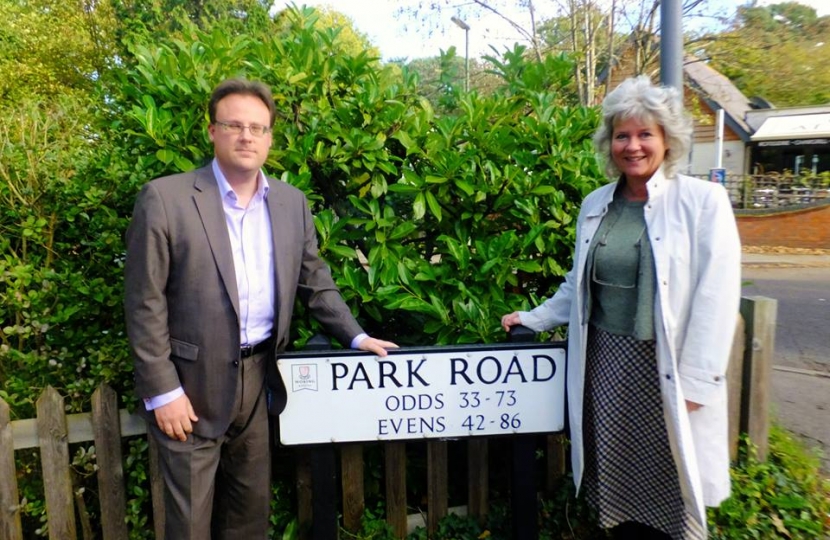 The County Council has also agreed to introduce and fund a built out feature on Park Road to encourage motorists to watch their speed, following representations by residents.

Carl Thomson said: "I'm pleased Surrey County Council has listened to our campaign and the concerns of residents, and that these works will be delivered this financial year.  Residents in Park Road will be particularly reassured given that speeding has been a major concern for several years.  I recently went out with the local SpeedWatch patrol and saw for myself how bad the problem was, so it is good that the need for effective traffic calming measures has been recognised."